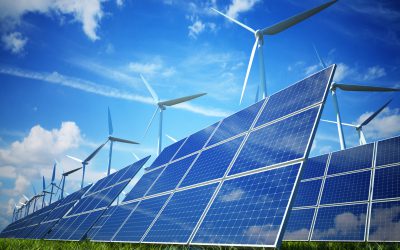 This last week the GOP Senate proposed Tax reforms passed the United States Senate by a thin margin 51-49. For utilities and entrepreneurs interested in installing Solar, this likely isn’t good news. For potential residential solar purchasers or installers, it’s not as clear.

As reported by the American Prospect, “The House bill, released in early November, proposed cutting the Production Tax Credit (PTC) for renewables by a third, eliminating the Investment Tax Credit for solar production, and repealing the electric vehicle purchase credit.”

The generous window of government incentives for solar (and renewables in general) may be starting to close, with the first reduction of Federal Investment Tax Credits or “ITC” for Solar beginning in 2019. However, under the competing Tax plans that were adopted by the United States House of Representatives and Senate over the last month it is becoming more likely that large-scale solar installation projects will be hit hard first.

While many analysts are assuming the Senate and House negotiations over the competing bills will be swift – getting final legislation to President Trump’s desk for his signature in time for the next tax year – it is anyone’s guess if the ITC and the Tax Credits for Production of Solar will be there in its’ current form.

Although, the future of the 30% Federal Solar Tax Credit for homeowners who install solar under the ITC is scheduled to be phased out beginning in 2019; deficit hawks are swirling over fat Federal Tax Credits and other personal tax deductions that can be slashed to help balance a ballooning Trump budget.

With a significant increase in the national debt being predicted by the Congressional Budget Office (CBO), largely due to steep tax cuts in the Federal Corporate Tax rate, it would not surprise most political observers to see generous Tax Credits like the ITC be on a target list for cuts.

If Congressional leaders are comfortable cutting tax exemptions for children and deductions for paying state taxes, how hard will it be, for those same leaders, to make cuts to renewable energy tax incentive programs?

In New Jersey, where homeowners are also losing a large personal deduction on their Federal taxes, this becomes an increasingly tough package for many residents. For Governor-Elect Murphy – who has championed an all renewable energy economy – this isn’t good news either.

For New Jersey homeowners, business owners and entrepreneurs who have been considering solar panel installation, but have been unsure of when is the best time; make no mistake – the time is now.