Benefits Of Solar Energy To The Environment 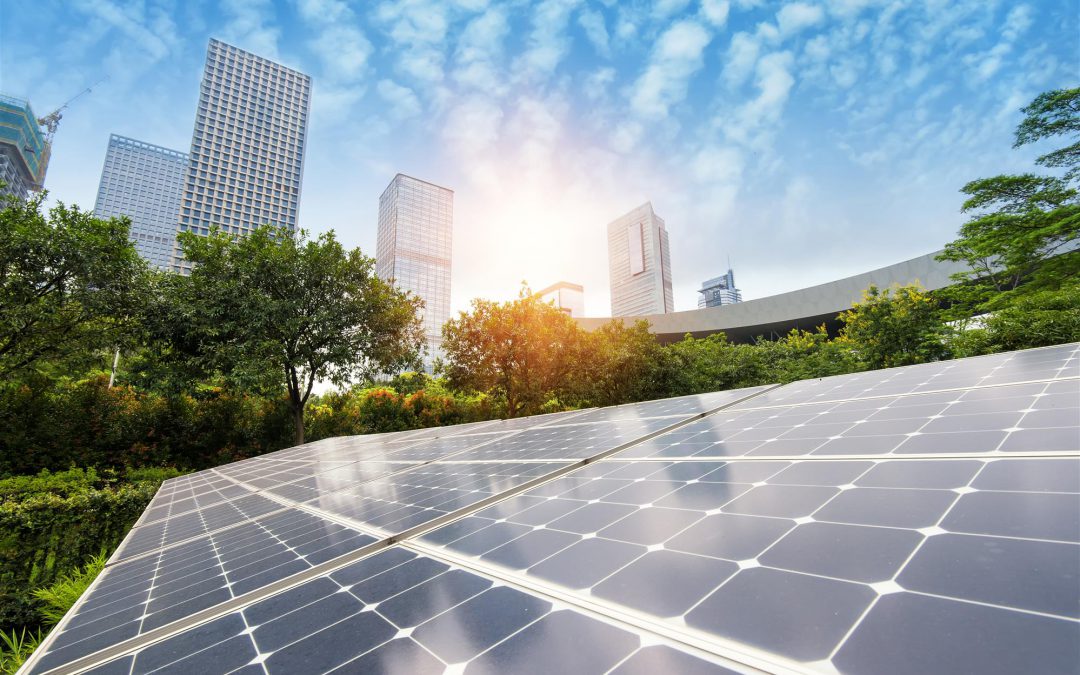 Mahatma Gandhi said, “Be the change you wish to see in the world.”

The world is still dependent on fossil fuels as the most common energy source. The carbon emissions as a result of this dependence have led to the Greenhouse Effect, as well as global warming. It is incumbent upon us to alleviate this problem, by shifting our dependence from fossil fuels to alternative energy such as solar.

Switching over to solar energy helps with a lot more than just a lower electric bill. The benefits of solar energy to the environment are also a
great reason to go solar early on in the new year.

1. INVEST IN POWER FOR THE LONG TERM
While fossil fuels are running low as a resource, solar-generated energy is inexhaustible. As long as the sun is shining we will be able to produce clean energy from its light. Investing in a solar system ensures a continuous supply of energy, no matter what.

2. SAVE THE ENVIRONMENT FROM TOXIC EMISSIONS
The energy generated through solar is clean and green, and there are no carbon emissions produced. Although coal power plants filter their emissions, trace amounts of toxic particles are released through the air filtering systems into the atmosphere. Mercury is one of the pollutants that enter the air from coal power plant emissions, and contaminated the atmosphere, affecting everything from plant life to human habitation. Because solar power is emissions-free, it is safer for the environment.

3. PROTECT HABITATS AND PEOPLE AFFECTED BY MINING
The areas surrounding coal and uranium mines are usually devastated, due to the heavy equipment and waste products which can render the surrounding land barren and unusable after the mine is no longer in use. Coal mining is also dangerous to the health of workers who operate the mines. Switching to solar panels reduces dependency on mining for fossil fuels and eliminates the dangers to both miners and the environment.

4. REDUCE THE WORLD’S NEED FOR NUCLEAR POWER
Nuclear power is sometimes wrongly classified as a clean or “green” energy source due to the lack of air pollution associated with it, but it does generate harmful waste. Nuclear fission reactors have been controversial because of the long-lasting nuclear waste they produce and the possibility of catastrophic events, such as the meltdown in Chernobyl (in Russia) and Fukushima (in Japan).

5. SAVE MONEY
Because sunlight is available at no cost, solar panels do not require expensive mining and fuel processing. Once a solar panel is built, it is a free-standing operation. This is one of the many factors contributing to the significantly lower costs of solar energy. Solar customers across the United States who invest in a solar panel system typically recover their investment in 5-7 years, and offset their electric bill entirely. They’re also protected from the rising costs of energy from fossil fuels.

6. PROMOTE ENERGY INDEPENDENCE
Countries that obtain oil and other fuel sources from other nations are dependent upon and beholden to their suppliers, which sometimes has them compromise their safety and principles in order to trade with their suppliers. In 2016 alone, 25% of the United States’ petroleum consumption came from overseas sources. Switching to solar energy reduces dependence on fossil fuel consumption and leads the way for your neighbors, friends and relatives to follow. We can collectively make a difference in reducing our country’s dependence on fossil fuel imports from other countries.
With the laws and regulations undergoing constant scrutiny, there’s no doubt that things are changing fast for renewal energy in the States. Recent legislation have kept the 30% federal tax credits for new solar panel systems in place thru 2018, though the program is set to gradually end in 2021. There is no doubt that this will shift things for renewable energy, but acting NOW ensures the future for us, the planet and generations to come!